Advanced VPN users are well aware of these two services because they are definitely in the list of the top 10 VPNs that you can get right now. However, if you are interested in knowing the better one, then you are reading the right review because we will compare the two services.

We are going to know which VPN – CyberGhost or Private Internet Access (PIA) – is better in terms of security and privacy, usability, pricing, customer support, speed and performance among others. So let’s get into it.

CyberGhost appears to be a really top-level VPN service when it comes to security. With an encryption level of 256-bit and a kill switch feature that is designed to make sure that your online traffic is not interrupted. However, in recent years, some users of CyberGhost have complained about several security leaks. In addition, the service uses a root certificate for it’s Android platform which is not really encouraging.

Another worrying issue about CyberGhost is that it’s owned by Kape Technologies. One of the owners of this company is a convicted felon and not forgetting the fact that Kape Technologies is under the government of UK. This is one of the countries where online freedom is largely disrespected.

Private Internet Access, on the other hand, belongs to London Trust Media which is basically a US company. This is another enemy of online freedom and your full privacy is also not guaranteed. However, Private Internet Access provides a no-logs policy that has been proven to be effective and has all the major security features which is quite encouraging. Features like AES-128 and AES-256 encryption, comes with a network kill switch that automatically disconnects your network as soon as your VPN is disconnected, and a SOCKS5 proxy. It has also been proven that Private Internet Access does not experience issues like DNS or IPv6/WebRTC leaks.

Both VPN services can do a lot in improving their security and privacy credentials, but Private Internet Access is still the better option right now.

When it comes to speed and performance, both services provide decent results, but CyberGhost is more consistent.

Cyberghost works with multiple platforms including Windows, macOS, Android, iOS, Amazon Fire TV (Fire Stick), and Android TV. To make it better, the VPN service has support for Linux, routers, and Chromebooks. And you will also be getting browser extensions if you are using Chrome or Firefox to browse. In addition, it is quite easy to set up the native app for these platforms which makes CyberGhost to be suitable for VPN beginners.

Private Internet Access has user-friendly apps for platforms like Windows, macOS, Linux, iOS, and Android. At the time of writing this review, there is no router native app for PIA, but there is a way to make it work on routers. The service also offers browser extensions for Opera, Chrome and Firefox.

CyberGhost works perfectly with P2P file on some of it’s servers, which is quite encouraging. On the other hand, PIA also works with torrenting and has some extra amazing features for torrenters like the free SOCKS5 proxy and port forwarding feature. You can also use any of it’s server torrenting unlike CyberGhost.

Unlocking Netflix and other Streaming Platforms

In terms of unlocking streaming services, especially Netflix, both VPN services are not up to the standard. Although, CyberGhost has the ability to unblock Netflix US with dedicated servers, but the speed is not encouraging and you will hardly enjoy it. Most servers of Private Internet Access cannot be used for Netflix because they have been blocked.

Bypassing censorship in China and elsewhere

When it comes to customer support service, CyberGhost is still the better one. Private Internet Access does not have a live chat service and the ticketing is quite discouraging. While CyberGhost offers a good amount of support options. There is also a 24/7 live chat feature that offers excellent service to its customers.

Both CyberGhost and Private Internet Access support Bitcoin which is amazing because it ensures that your online presence is as secure and private as possible. PIA has the cheapest price around and you only need to pay $6.95 for the monthly plan and to make it better, you will need to pay just $3.33/month if you will be going for the 2-year plan.

CyberGhost lowest plan is $12.99/month for the monthly plan and that’s almost double of what you will pay for PIA. But the plan drops to $2.75/month if you purchase the 3-year plan.

After comparing both services using the major aspects of a good VPN. Although CyberGhost can work on its privacy credentials, however, it delivers decent speed and performance level, supports Netflix and works with torrent.

It’s clear that CyberGhost is better than Private Internet Access. 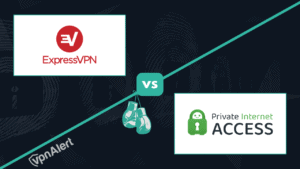 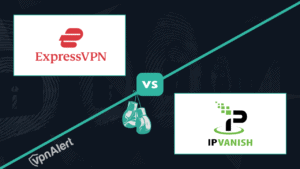 ExpressVPN vs. IPVanish: 18+ Comparisons, One Winner 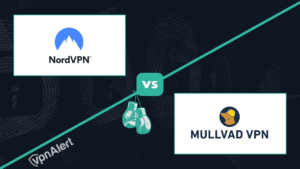