If you ask those that know a lot about VPNs, which are the best VPN services that are available today, they will mention any or either of these two names – ExpressVPN and TorGuard.

In this post, we will focus on these two VPN services providers and compare them to know which is the best.

To identify the best out of these two, we will explore their best features and compare them using some features as a guideline. The important features we would consider are security, performance, privacy, speed, and support.

These two services look like they have equal strengths when you ponder on Security. Both use unbreakable AES-256 encryption and offer diverse protocols such as OpenVPN, SSTP, IKEv2, and L2TP/IPSec, and so on. These VPN’s, supply a kill switch to stop leakages if there are sudden unexpected disruptions.

When you observe them, you will start noticing areas of divergence, like in the field of privacy. For example, TorGuard uses Gmail as its mail service provider. For people that desire more privacy or higher security online, this is a significant source of concern.

The use of Gmail may give persons who need very high levels of security and privacy online, a reason to think twice about getting this service. Also,

the registration of the company that owns TorGuard is in the US, a five eyes group country that does not joke with online data regulation. One advantage of this VPN is that it offers a firm no-logging policy.

Unlike TorGuard, ExpressVPN raises no such privacy concerns as the company’s registration is in the  British Virgin Islands. Because of where the company did its filing, it can escape the scope of the 5/9/14 Eyes country group.

This VPN keeps a tested and real no-logs policy. It is also known to be among the safest VPNs you can use, no matter what activities you do on the web.

These two VPN’s are fast when you talk about speed and performance. The two boasts of excellent results in this subheading. ExpressVPN has more than 3,000 servers in 94 countries, while TorGuard also has over 3,000 servers in more than 50 countries. Both service providers offer dependable speeds all over the world, with a minor difference in their swiftness.

Support, Compatibility, And Ease Of Use

Technical people may find the pure nature of ExpressVPN’s user interface disappointing since there will be nothing that will challenge their abilities. ExpressVPN is compatible with all the major platforms, including Linux and routers. The simplicity of the user interface is a big help to a beginner to VPN services or those who are not tech-savvy. Also, you can install the App and browser extensions without any difficulty with simple modifications for users who are average in their use of a VPN service.

Tech-savvy people would delight in TorGuard’s user interface due to the settings and menus to play with on it. But these settings will confuse the average user of this VPN. Another disadvantage is that the interface of the app is not intuitive and might take users a long time to understand how to use it. The saving grace is that this VPN service provider offers many options for you to get Support from its website, a vast FAQ portion, a knowledge base, and community forums.  This VPN has a live section for chatting with users and email support tickets. With its exceptional customer services, beginner users can use the service with less difficulty.

ExpressVPN customer support is equally alive to its responsibilities. We can tell you without any doubt that both VPN’s provide excellent customer support. Despite TorGuard’s top rate customer services, ExpressVPN is a better choice for most users who do not have advanced technical knowledge.

So instead of buying a dedicated IP address that will cost you $7.99 per month, why not use ExpressVPN that will let you stream Netflix from most locations in everyplace.

As for functioning in China, the two VPN’s work in China. Also, TorGuard has a Stealth mode, which it uses to evade China’s Intense Packet Inspection.

As for ExpressVPN, it functions steadily, but it does not have a “stealth protocol,” and this means it is not as secure as TorGuard on this subject

TorGuard’s name is related to torrenting, and that is why its ability in torrenting is unmatched. If your principal reason for buying a VPN service is to Torrent in a safe environment, then surely, TorGuard is your best choice for P2P file-sharing and torrenting. You can also make use of the provision of a second anonymous Proxy choice.

Likewise, ExpressVPN is safe for torrenting and lets users have P2P traffic on all servers without limiting their bandwidth. This VPN is one of the best VPNs for torrenting and file-sharing because it has robust security features and quick speed.

TorGuard offers plans that may confuse beginners to VPN services. Its anonymous VPN plans begin at $9.99 per month for its 1-month plan. The price reduces to $4.99 per month if you pick either the 6-month or 1-year program. The good news is: it does not matter which plan you buy, you can use it on five devices at the same time, and have access to a 7-day money-back guarantee.

ExpressVPN is costlier than TorGuard. Its 1-month plan gives you access to the use of up to 5 devices simultaneously at $12.95. While the 1-year plan costs $8.32 per month, which is almost twice the price of TorGuard’s monthly charge if you select their six or 1-year program. However, both the ExpressVPN’s yearly and monthly plans, enjoy a 30-day money-back guarantee.

If you like to get the best value for your money, you may consider obtaining TorGuard’s offer of a trustworthy experience at affordable prices.

ExpressVPN or TorGuard – which one is better?

In this article, we brought you TorGuard and ExpressVPN and analyzed their services to show you the best features of these two competing VPN solutions. After the comparison, we can stoutly affirm that ExpressVPN is better than the other VPN service provider.  TorGuard, on the other hand, is rated highly as one of the best VPN services, but its flaws include its privacy policy, how easy it is to use the service, and streaming capabilities.

If you desire to have a more comprehensive review of these two services, read our review below by clicking on the link now.

Table of Contents show
1. ExpressVPN vs TorGuard Comparison
2. ExpressVPN or TorGuard – which one is better?
Exclusive VPN Offers: 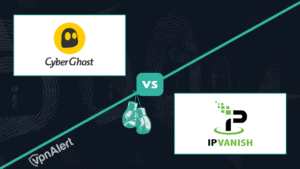 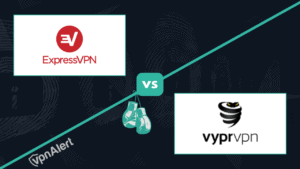 ExpressVPN vs. VyprVPN: Which Is the Better VPN?