You can spoof your location when playing Pokemon Go by using a VPN or GPS spoofing app. This helps you unlock new playing areas.

The process isn’t hard, either. All you need is access to one of the tools discussed here, and you’ll be playing Pokemon Go differently.

In this article, I’ll explore how to use VPNs and GPS spoofing apps in detail.

I’ll illustrate how each works and highlight the best examples you can use.

So, if you are a Pokemon Go diehard and would like to unlock new levels to the game, keep reading this to find out more.

Spoofing Your Location on Pokemon Go

There are two main ways of spoofing location when playing Pokemon GO. You can use a VPN to change your location directly.

You can also use a location spoofing app.

The following is a breakdown of how you can achieve either.

Spoofing Your Pokemon Go Location With a VPN

You can spoof your location for Pokemon GO with a VPN by following these steps:

There are a few key features that you should look for when evaluating potential VPNs for Pokemon Go.

For example, you need to consider speed, reliability, security, and privacy.

You should also consider ease of use, customer support, and pricing options.

One of the most popular VPNs for spoofing locations on Pokemon Go is NordVPN. This service is fast and reliable.

It has thousands of servers worldwide that offer excellent speeds and unlimited bandwidth. You don’t have to worry about losing connections at the wrong time.

This includes military-grade encryption and a strict no-logs policy.

These keep you safe and protect you from any detection by Niantic that could lead to you losing your account.

NordVPN is also easy to use, even for beginners and offers excellent 24/7 customer support. Finally, it’s reasonably priced, with several affordable subscription options, plus a 30-day money-back guarantee.

Furthermore, there are fantastic discounts you can take advantage of and save some money.

ExpressVPN is another excellent option. It’s fast and reliable, something that’s necessary if you want to be ahead of your competitors when playing Pokemon Go

There are also thousands of servers in over 90 countries, so you’ll always have unlimited locations to play in.

Additionally, ExpressVPN uses the strongest encryption available and has a strict no-logs policy. You can play peacefully without worrying about your account getting banned for using a VPN.

However, it’s also one of the more expensive VPNs.

Finally, another excellent VPN you can use to spoof Pokémon Go is PureVPN.

This fast and reliable VPN service will give you uninterrupted Pokemon GO sessions.

It also offers perfect security and privacy features to keep everyone from your business, even Niantic itself. This includes military-grade encryption and a strict no-logs policy. The user interface is user-friendly and easy enough even for a first-time Pokemon Go player.

The price plan is also among the lowest around, and you can further push it down by taking advantage of these fantastic discounts.

Troubleshooting Guide for Location Spoofing Not Working With VPN

You may experience issues with location spoofing with a VPN.

Here are fixes you can try:

Using a fake GPS location app is the easiest way to fake your location when playing Pokemon Go on any device. Most of them are free and easy to use, and they work with Android and iOS devices.

The only major drawback is that they’re third-party apps. This means Pokemon Go doesn’t entertain their use. So you may have your account banned if found out.

This is why combining them with a VPN is always a good idea.

The following are the best GPS spoofing tools you can use with Pokemon Go:

TailorGO is one of the most popular tools for Pokemon Go spoofing, thanks to its advanced features and reliable performance. Users can easily navigate their way around the game.

They achieve this by superimposing GPS data onto their real IP address.

This allows them to play Pokémon and earn valuable in-game rewards.

All these without traveling to different locations or spending hours walking around physically. 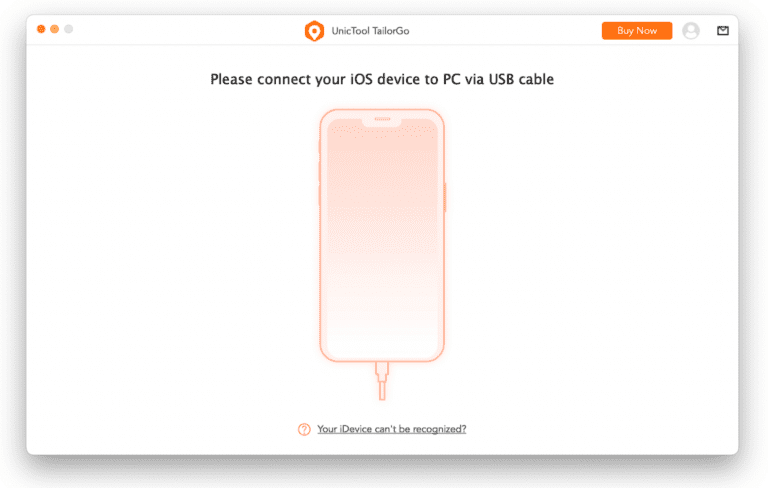 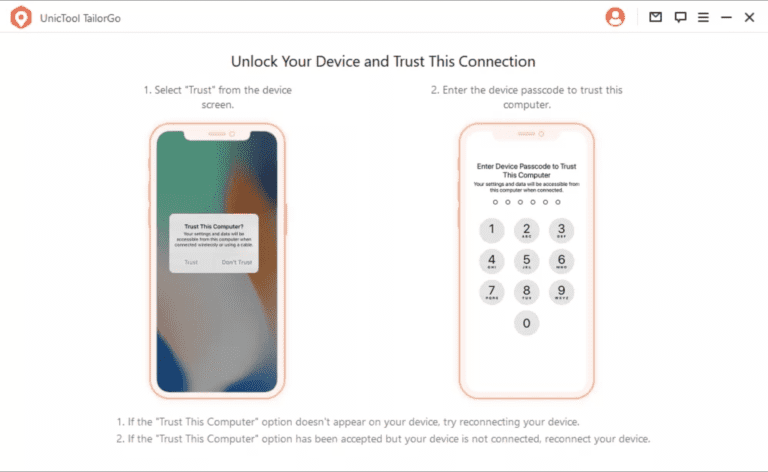 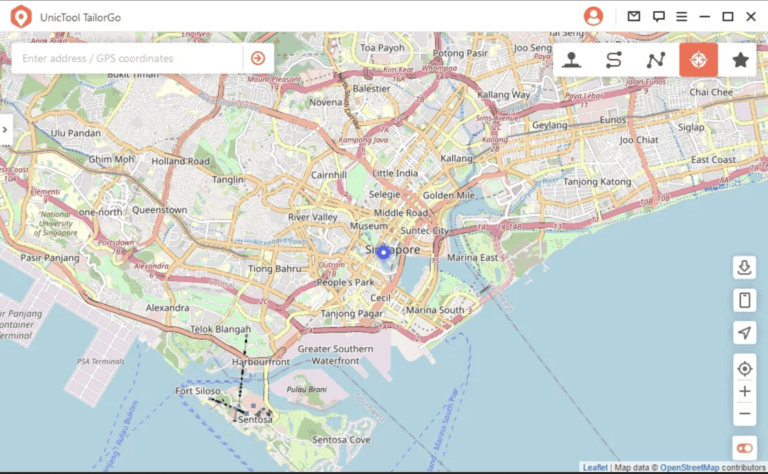 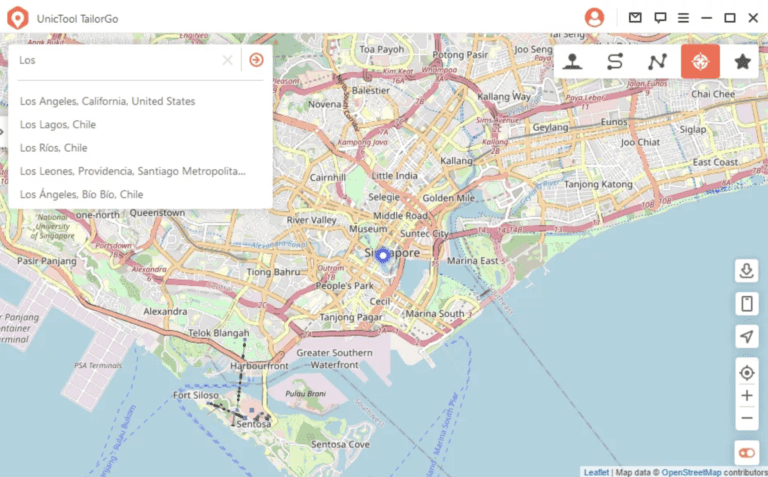 iSpoofer Go’s advanced features are ideal for anyone looking to hack into Pokemon Go. A key GPS spoofing feature that makes iSpoofer Go stand out is its powerful spoofing algorithms.

Its compatibility with a wide range of third-party apps is another boost.

Here’s how you set it up:

FGL Go is one of the leading Pokemon Go GPS spoofing apps available for Android.

Its features include GPS location spoofing, joystick functionality, and an easily accessible interface.

Here’s how you can set it up on your Android device: 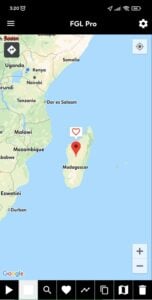 Several Pokemon spoofing apps don’t work with Pokemon Go. Here are some of the most popular ones:

GPS Joystick for Android is a popular app that allows users to spoof their location easily. However, this app isn’t compatible with the latest version of Pokemon Go.

Thus, it can’t be used to spoof location while playing the game. On top of this, the app requires a rooted device. Rooting your device voids your warranty and can be risky.

Fake GPS Location Spoofer Free can’t be used to spoof your location in Pokemon Go. The game uses your phone’s location services to determine where you are.

Your actual location may be revealed quickly, earning you a ban when found out. The app also requires a rooted device, which is a security issue.

This app isn’t compatible with Pokemon Go because it only allows you to spoof your location for a limited time. Once the time limit expires, your real location will be revealed to the game. This can get you suspended or banned from the game.

Location Spoofer for iOS can’t be used to spoof your location in Pokémon GO successfully.

First, Pokémon GO constantly checks to see if your reported location is within a reasonable range. If it thinks you’re moving too fast or far, it will flag your account and refuse to load more data.

Second, even if you can successfully spoof your location, the game will place you in a random location on the map. This means that catching Pokémon will be much more difficult, if not impossible.

The app also requires a jailbroken device, compromising your device’s security and privacy.

Here are some tips to keep in mind when spoofing your location:

By following these tips, you can help ensure that your experience with spoofing in Pokémon Go is a positive one.

Interesting Reads:
Does PrivateVPN Work With Omegle?
Hide.me Black Friday Deal (75% OFF)
What Is Camouflage Mode on Surfshark?
Does a VPN Hide Your Browsing History?

The illegality of spoofing IPs, in general, depends on the region you’re in. It’s illegal in some countries and okay in others.

Niantic doesn’t explicitly mention anywhere in its Terms of Service that spoofing locations when playing Pokemon Go is illegal. However, considering the impact this practice has on the game, it’s unethical.

By spoofing your location, you’re essentially cheating the system. Players have to move around to catch Pokemon and collect items physically. By bypassing this system, you’re giving yourself an unfair advantage.

Not only is this considered cheating, but it can also be harmful to the game itself. If enough people start spoofing, it could harm the game’s economy. This will disrupt the gameplay for everyone.

As such, it’s generally advised that players don’t engage in this practice. If you’re found to be spoofing, you could be banned from the game or face other consequences. So, it’s best to play fair and enjoy the game the way it was meant to be played.

Yes, Pokemon Go spoofing still works. People use a few methods to spoof their GPS location to catch rare pokemon or hatch eggs. You can use a GPS spoofing app to change your location or a VPN to play Pokemon Go in other regions around the world.

However, Niantic (the company that makes Pokemon Go) is working to block these methods. But spoofers always find new ways to get around the restrictions.

It’s possible to spoof Pokemon GO using Bluestacks. However, like with any other emulator software, there are risks involved with this method.

First of all, you need to make sure that you’re running the most updated version of Bluestacks on your computer. Otherwise, it won’t work.

Additionally, some people have experienced compatibility issues when running Pokemon Go on Bluestacks. This is a far cry compared to their mobile device. But if you’re willing to take the risk and want a bigger screen, try using Bluestacks.

Can I Spoof My Location on Pokemon Go Without Being Banned?

Spoofing your location on Pokemon Go goes against the Terms of Service, and you risk getting banned. However, you can significantly reduce the chances of getting banned if you use a reliable VPN.

However, this doesn’t eliminate the risk of getting banned. A good VPN simply makes it hard for anyone to notice that you’re using one in the first place.

Is NordVPN Ideal for Changing Location on Pokemon Go?

Yes, NordVPN is ideal for changing locations on Pokemon Go. The VPN service provides a high-speed and encrypted connection. These allow you to spoof your location and access the game from anywhere.

NordVPN is also affordable and comes with a 30-day money-back guarantee. If you feel like it’s not a right fit for your Pokemon Go needs, you can get your money back.

Can I Use a Free VPN to Spoof My Location on Pokemon Go?

You can spoof your location on Pokemon Go using a free VPN. However, doing this may violate the terms of service for the game and get your account banned. Additionally, free VPNs are often not as reliable or secure as paid ones.

So, there is a greater risk of your data being leaked or your device becoming infected with malware. If you decide to use a free VPN, choose one with a good reputation, like AtlasVPN. But it would be good to stick with premium VPNs for this.

GPS spoofing for Pokemon Go happens all the time. As much as the company behind the game keeps closing down loopholes, more are created by players.

It may not be explicitly illegal to do this, but keep in mind the risks associated with GPS spoofing. This is why using a reliable VPN or location spoofer is important.

NordVPN, ExpressVPN, or PureVPN will get you what you need.

They’re fast, secure, and very good at hiding that you’re using a VPN.

Choose the one that fits your budget and unlock Pokemon Go like never before. 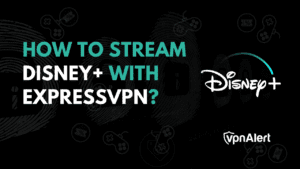 How to Stream Disney+ With ExpressVPN? 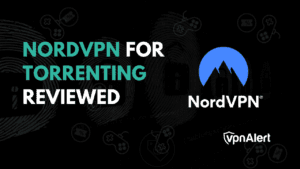 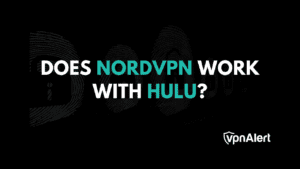 Does NordVPN Work With Hulu?

How to Watch Game of Thrones in Canada? 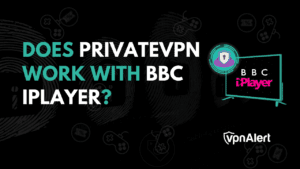 Does PrivateVPN Work With BBC iPlayer? 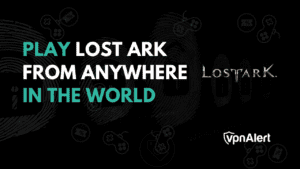 How to Play Lost Ark from Anywhere in the World? (EU & US)