There is always a chance you are being monitored once connected to the internet. There are instances in which your ISP can sell your user logs and data to the highest bidder.

In some other cases, you can be prone to hackers trying to steal your financial info once connected to an open Network provider.

That the reason why you need an easy to use and secure Virtual Private Network (VPN).

And in this article, I will examine the best offerings of two VPNs known as CyberGhost and ExpressVPN.

What Makes Cyberghost A Good Choice?

CyberGhost is easy to use and serves the best instance for beginners who haven’t used a VPN in the past.

Its portable and affordable features make it suited for use by small scale businesses and family use.

They provide a no-log policy that allows you to stay hidden from spies.

With a VPN like the CyberGhost, you are guaranteed safety whenever you connect over a public Wi-Fi network.

It provides a good value for your money with a top-notch encrypted connection, responsive customer service, and simultaneous connections.

What Makes ExpressVPN A Good Choice?

Using the ExpressVPN is one of the best ways to stay safe and anonymous online. The VPN keeps you secure by hiding your IP address and keeping your network data to prevent monitoring.

As an intuitive, ExpressVPN provides a fast internet connection along with unlimited bandwidth.

The customer service is also top-notch, and you find it quite supportive on a 24/7 basis.

One of the best aspects of this service is the fact that it supports bit-torrents allowing you to share files with little data use.

On the overall, it serves the best purpose for online gamers, file sharing experts, and movie streamers.

How to Choose Between Cyberghost and ExpressVPN

This article offers a head to head comparison for the ExpressVPN and CyberGhost.

Although both VPNs are quite cheap and affordable, this should not be taken as a top prior factor to consider.

There should be an in-depth look at other benefits and intuitive features.  All the features are essential as they determine your choice selection.

With this comparative article, you will be able to get information to make the right buying decision.

The overall champion will be declared based on the certain features defined in this article.

In the digital era, a lot of information is being passed online between students, business associates, family, and the likes.

In this case, having a slow internet connection speed won’t be the best take in making online transactions. An average user doesn’t want to spend up to 1 minute trying to connect to the internet.

More so, no one wants to spend up to 3 seconds trying to connect to the internet. VPNs go a long way in determining connection speeds (usually the paid ones).

Therefore, a fast VPN connection should be one of the most crucial considerations for any internet user.

On checking through the average connection speeds of both ExpressVPN and CyberGhost, I found the ExpressVPN faster.

With both ExpressVPN and CyberGhost, there is hardly any dispute with their subscription fees.

Both VPNs come at price-worthy costs. However, the cost should not be a primary consideration here but should mainly be about the value they offer (their price to performance ratio).

Well, ExpressVPN provides an annual deal of 8.32$ per month, which is a well considerable price tag.

Meanwhile, CyberGhost drops down significantly at a 33% discount to ExpressVPN for an asking price of 2.75 $ per month.

This, in turn, makes CyberGhost the winner in the pricing category. You can also check on their sites for discount offers regularly.

To prevent hacks and unscrupulous ISP activity, there is a need for a well secure VPN provider.

Having the best take of a VPN service will guarantee your privacy whenever you are connected to the internet.

Both CyberGhost and ExpressVPN come with amazing privacy policies to prevent snooping over your virtual shoulder.  Making the best choice of a VPN comes with considering the following:

ExpressVPN is located in the British Virginia Islands, which is a base where there are no VPN logging requirements. On the right side, too, the VPN provider keeps no logs of its users. And lastly, Bitcoin is an acceptable means of payment keeping you anonymous over their servers.

The CyberGhost is a Romania-based VPN provider that does not keep user log information, and it accepts bitcoin as a reliable means of payment to stay incognito.

There comes a tie with both VPNs as they offer the same reliable level of privacy based on the three features above.

With the use of VPNs, you get to keep malicious internet activities at bay. The VPN can protect you through a set of security/encryption protocols.

For the ExpressVPN, there comes military-grade AES-256 encryption to protect connections.

Furthermore, the provider features OpenVPN with TCP/UDP, PPTP, SSTP, and L2TP/IPsec protocols. On a bright side, there is a kill-switch and DNS leak protection.

The CyberGhost also offers the AES 256 bit encryption along with the best offering of OpenVPN with TCP/UDP, PPTP, and L2TP/IPsec protocol.

However, the CyberGhost is aced by its competitor ExpressVPN with the presence of SSTP encryption protocol. Therefore, this gives ExpressVPN the upper hand.

If you have various range of gadgets like your smartTV, tablet, phone, PCs, and others.

Your best take is to get a VPN that supports concurrent connections. This is usually a good option for large families and those who own a small business.

The good news is that both VPNs allow concurrent connections from multiple devices with only difference in the number of connections.

While the ExpressVPN supports connection up to 5 gadgets, the CyberGhost allows 7 simultaneous connections. This makes CyberGhost the winner in this category.

A reliable VPN will allow you unblocked streaming services in geo-blocked locations.

You get exclusive access to streaming more movies hence enlarging your entertainment options.

Both ExpressVPN and CyberGhost allow exclusive transfer to unlimited streaming services, including BBC player, Hulu, Amazon Prime, HBO, Netflix, and many others.

With BitTorrent, you can download large volumes of files with minimal bandwidth and high speeds. This technology is also known as P2P transfer, which allows users to share files between those who have them.

However, it a controversial issue as some people use it to illegally transfer copyrighted files, which leads most ISP to block P2P file-sharing activity on their network.

You can still get access through the use of a reliable VPN. A VPN like the ExpressVPN supports BitTorrent activities in 94 countries, while CyberGhost only supports in 31 countries.

This gives ExpressVPN the headlight as a reliable BitTorrent tool.

The Global server coverage of any VPN provider determines to which point you have access to a VPN in any country around the world.

A VPN with excellent global coverage is mostly appreciated by internet users who enjoy streaming videos from geo-blocked locations.

The ExpressVPN comes with over 3000 servers located in 94 countries around the globe, while the CyberGhost features only over 5,500 servers in 90 countries. ExpressVPN is the winner in this category.

You might happen to have gadgets with different operating systems.

A VPN with a multi-platform support feature will ensure you can access the provider on different devices; it could be your iPhone, Apple Smart TV, Android smartphone, and many others.

You have access to ExpressVPN with platforms like macOS, Windows, iOS, Android, Linux, Amazon Fire TV, Chromebook, and Amazon Fire platforms since it comes with app support for them.

On a general level, both ExpressVPN and CyberGhost have browser extensions for Chrome and Firefox. They both support the connection of routers and Network-attached storage devices.

The ExpressVPN takes the first place with this feature.

The customer support feature of a VPN allows its users to determine the VPN’s reliability. It also gives you the ability to make inquiries on a prescribed service.

The ExpressVPN provides a 24/7 live chat support along with an easy to use library.

The same goes for CyberGhost, which also offers a 24/7 support chat along with a searchable knowledge base to preview FAQs.

From the comparison made, I found the ExpressVPN taking the lead as regards connection speed, security, global server coverage, multi-platform support, and BitTorrent categories.

Well, the CyberGhost scored well in pricing and concurrent connections. However, both VPNs are good to use as they come with equal performance as regards privacy, streaming support, and customer supports.

With this comparison, you should be able to choose the best fit for a VPN for your online connections today. 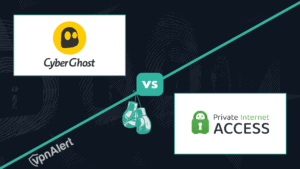 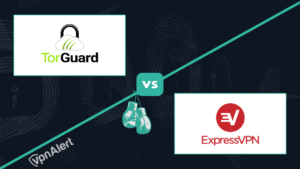 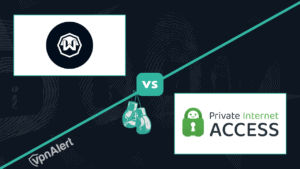 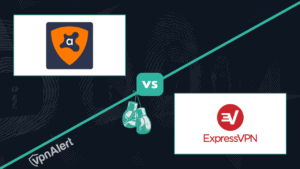 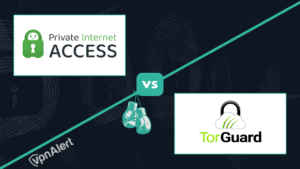